The CSIR undertakes directed multidisciplinary research and technological innovation that uses scientific or specialised techniques to generate approaches to defence problem-solving and decision-making for the South African National Defence Force (SANDF) in cooperation with partners in government, industry and academia.

Electronic warfare is used to determine, exploit, reduce or prevent hostile use of the electromagnetic spectrum, while retaining its friendly use. To maintain electromagnetic spectrum dominance requires effective research and technology development, testing, evaluation, modelling, simulation and integration. This focus supports the SANDF in being a smart user, smart buyer and smart decision-maker.

The SEWES architecture and models are built on MATLAB and Simulink as the primary environment. Platforms, sensors, weapons and countermeasures are modelled in Simulink, and an extensive model library is available. A powerful scalable and distributed simulation is realised using a combination of innovative features. SEWES is one of the most advanced electronic warfare simulators in the world.

Passive radar is a class of radar that makes use of third-party illuminators. For example, public broadcasting services such as frequency modulation radio, to illuminate an aircraft(s) of interest and subsequently locate and track these aircrafts by processing the signals reflected from the aircraft. Given the absence of a dedicated transmitter subsystem in passive radar systems, it serves as a cost-effective radar solution that requires no spectrum licensing, consumes significantly less power, requires minimal equipment and has reduced maintenance costs.

The CSIR has undertaken research and development (R&D) to develop a national multistatic passive radar facility that was developed to technology demonstrator maturity. The current facility comprises five nodes in the Gauteng area, gathering data for long-term passive radar performance characterisation. The CSIR has been developing a deep science, engineering and technology expertise in the field for over a decade.

The CSIR and an international partner are developing an advanced surface-based radar jammer based on active electronically scanned array technology and the latest processing technologies, including digital radio frequency memory  and heterogeneous computing for multithreat engagement. The system is envisioned to be based on VPX standards that can operate in a spectrum of conflict, which could vary from surveillance to insurgents in a civilian-commercial setting to high-intensity state-on-state conflict.

The dynamic scenario planner (DSP) is a generic lightweight software application for the setup, planning and visualisation of sensor and electronic warfare engagements. It is the generic and scalable front-end for scenario data input and analysis by sensor and electronic warfare system developers. Using standardised interface definitions, the DSP can be integrated into a hardware or software system and paired with a compiled simulation engine.

The Electronic Warfare Mission Support System (EWMSS) is a software-based product that provides pre-mission planning, in-mission support and post-mission debriefing for military training, testing and evaluation of missions to enhance mission and training effectiveness. The EWMSS is targeted to address needs in adversary air combat training and electronic warfare range.

The EWMSS is a joint technology development project between the CSIR and Midnite Aerospace Solutions (MAS), an industry partner based on complementary skill sets. The CSIR has developed a strong capability in electronic warfare modelling and simulation-based software and MAS has a strong capability in mission engineering.

The tool was developed on software called Articulate Storyline 2, which allows for simple user development for an interactive course. The tool can be deployed as a standalone or onto a learner management system, with interaction between learner and course coordinator.

Electromagnetic battle management is an emerging area of R&D for the team. The eletromagnetic spectrum is the singular unifying physical entity across nations, services and agencies. Anything that operates in the eletro magnetic spectrum (communicates, senses, conceals or attacks) must be coherently managed, and the only way to execute each of these responsibilities well, is to plan to do them all together. This leads to the concept of electromagnetic battle management. 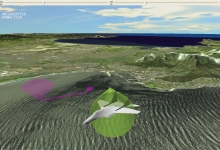 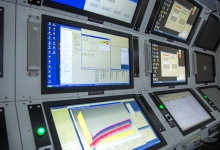 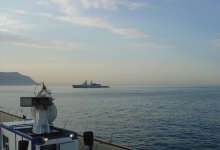 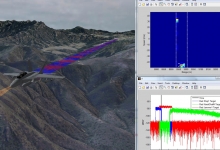