CSIR researchers in mobile intelligent autonomous systems design and develop algorithms and mathematical models for robots operating in real-world environments that may be unstructured and dynamic. These robots are unlike conventional robots that operate in controlled environments such as manufacturing due to the amount of uncertainty they face. CSIR researchers therefore need to improve their perception, learning and decision-making so that the robots can better read, adapt and respond to the environment.

The MIAS laboratory contains several ground-based robotic platforms which have been fitted with a wide range of sensors, including laser scanners, cameras, inertial measurement units and positioning devices. These sensors and platforms support the research and development of algorithms for perception, navigation, planning, machine learning and intelligent manipulation in mobile robotic applications.

The laboratory hall also houses a twelve camera Vicon motion capture system that can be used for sub-millimetre positioning within a 10 m x 10 m x 2 m volume. Although primarily used to provide ground truth measurements for robotics research, the system can also be used for performance capture, providing skeleton information that can be used to animate characters in film making and games, and biomechanical studies such as gait analysis. The laboratory is equipped with force plates and Vicon Nexus life sciences software to support the latter.

The hall has 600 m2 floor space with a roof height of approximately 6 m. Its central location on the CSIR’s Pretoria campus, as well as its scale and accessibility to outdoors spaces allow for a wide range of robotics research and development activities to be carried out. The laboratory also houses a small workshop for prototyping. 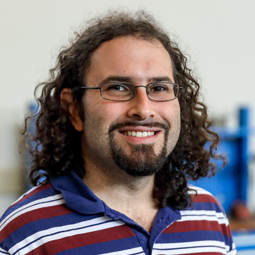 SeekurTM The SeekurTM platform is a holonomic research vehicle manufactured by Adept MobileRobots, suitable for outdoor navigation in uneven terrain. The platform has been modified by the CSIR through the addition of LIDAR, a 360 degree spherical camera system, differential GPS and two embedded computers. Software and algorithms developed at the CSIR allow the platform to autonomously follow pre-defined paths on roads, or navigate to previously unvisited locations using GPS way-points. Software and algorithms for person following have also been developed, allowing the platform to function as a 'pack-mule'. iRobot Packbot 510 The iRobot Packbot 510 is a rugged tracked vehicle manufactured by iRobot that is equipped with a 5 degree-of-freedom manipulator. This robot can operate in rough terrain and even climb stairs. The CSIR has equipped the platform with 3D laser scanners, an inertial measurement unit and an embedded computer. The platform runs CSIR-developed 3D mapping software, allowing for autonomous mapping and navigation in previously unseen environments. As a result, and in addition to its use in robotics research, the platform can be used to survey indoor regions that are unsafe for humans to access. Pioneer robots The Pioneer is a platform designed and built by Adept Mobile RobotsTM. The MIAS laboratory is equipped with six pioneer robots, which are primarily used for student research projects and to support research into collaborative multi-agent robotics. These platforms have been equipped with embedded computers and a selection of sensors, including laser scanners, sonar and cameras.

Barrett Whole Arm Manipulator The Whole Arm Manipulator (WAM) is a compliant, seven degrees-of-freedom robotic arm, built by Barrett Technology, LLC. It is equipped with a Barrett Hand: a dextrous, three-fingered robotic hand. This system is capable of grasping and handling objects in a 3.5m3 volume around the arm. Additionally, the WAM has been mounted on a mobile base: the PowerBot, built by Adept Mobile RobotsTM. This in-house assembly, the CSIR Hybrid Autonomous Manipulation Platform, extends the reach of the WAM significantly. This platform has also been fitted with a number of sensors, including a laser scanner and a camera. The platform is mostly used for research into mobile manipulation. This includes selecting and grasping different, novel objects, identifying surfaces on which to place objects, and opening doors.

Algorithm
An algorithm is a procedure or formula for solving a problem – a list of steps to follow. Algorithms perform calculations, data processing or automated reasoning tasks. 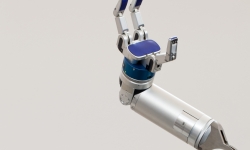 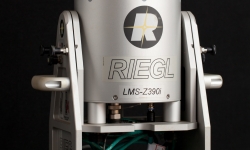 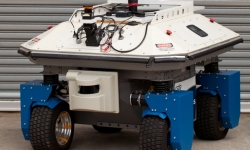 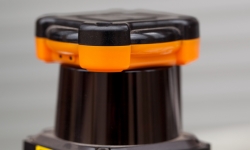