Various models have been developed to study inflammatory diseases in humans. While murine models provide a Vivo physiological response, they pose a challenge in that therapeutic effects that are observed in mouse models fail to show similar efficacy in human clinical trials. To circumvent the challenge of using animal models, researchers also employ primary cells such as transformed cell lines or peripheral blood mononuclear cells.

However, the former is a poor model for some inductions such as the lipopolysaccharide-induced immune response, whilst the latter are highly heterogeneous, lack the capacity to self-renew requiring repeated blood draws, and difficult to genetically manipulate. Therefore, using induced pluripotent stem cells (iPSCs), which are an infinite cell source with the capacity to differentiate into various cell types and are responsive to genome editing, provide a valuable model with which to study specific genetic influences on immunity.

In the CSIR lab, researchers have generated CRISPR-edited CCR5 knockout macrophages, which are refractive to HIV infection and aid in identifying African-specific host genetic components responsible for elite controller status. In addition, this macrophage model is highly plastic and can be used to investigate the roles of pro- and anti-inflammatory macrophages in diabetes.

Furthermore, as we increasingly begin to understand cancer as fundamentally a disease of failed immunity, understanding the role of tumour-associated macrophages is emerging as a prominent influence of both disease progression and treatment outcomes. CSIR researchers are therefore establishing an iPSC-derived tumour spheroid model in order to better interrogate the molecular mechanisms of TAM reprogramming and how this is influenced by unique African mutations. 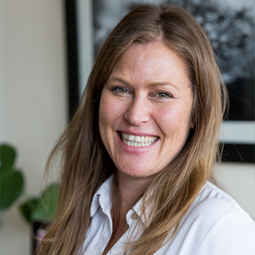