The National Integrated Cyber Infrastructure System (NICIS) promotes scientific and industrial development through the provision of high-performance computing capability, high-speed network capacity and a national research data infrastructure integrated hierarchically into globally connected systems and into local system systems, providing seamless access for the research and education communities of South Africa. It is a national initiative of the Department of Science and Technology and implemented by the CSIR.

The Centre for High Performance Computing (CHPC) is one of three pillars of the NICIS. It provides massive parallel processing capabilities and services to researchers in industry and academia. The other main pillars are the South African National Research Network (SANReN), which provides high-speed connectivity and advanced networking services, as well as the Data Intensive Research Initiative of South Africa (DIRISA), which implements services that enable sound data management practices and support efficient data-driven scientific and engineering discoveries.

In 2016, the CHPC achieved significant milestones in servicing its user base and in advancing high-performance computing in South Africa. To further improve the centre’s computational power, the CHPC introduced a new peta-scale machine, with over 40 000 cores. The machine is the fastest supercomputer in Africa and ranked 121 amongst the world TOP500 supercomputers. A peta-scale machine is a super computer with processing speeds capable of a thousand-trillion floating point operations (FLOPS) per second. FLOPS are used in computing to compute extremely long numbers. The system, named LENGAU (Setswana name for Cheetah), owing to its speed of 1 000 Teraflops, is 15 times faster than the previous system.

The CHPC is providing leadership to South Africa and Africa on developing strong high-performance computing capabilities and supporting large-scale science projects. The Tier-2 CERN service provides 2 400 jobs per day to the ALICE (A Large Ion Collider Experiment). In support of the Square Kilometer Array (SKA), partner countries have provided computational clusters to Botswana, Madagascar, Namibia, Zambia and Mauritius. Locally, the University of Venda, Sol Plaatjie University, University of Fort Hare, the University of the Witwatersrand, Hartbeesthoek Radio Astronomy Observatory and Stellenbosch University received training and equipment, which is used for small-scale processing.

Human capital development is critical to the sustainability of cyber infrastructure and the CHPC provides high-end skills, relevant to the respective science and engineering domains of the research community.  One of the CHPC’s flagship projects, the Student Cluster Competition, continues to produce world-class undergraduate students with high-performance computing skills. The CHPC has secured top accolades at an international level for four years in a row.

The industry programme at CHPC focuses on providing services such as stable and reliable high-performance computing systems, world-class consultancy in the areas of fluid-dynamics, materials science, finite-element analysis, discrete element modelling and general design of high-performance systems, optimised for specific clients. These services are currently used by South African industries in oil and gas, mining, engineering designs and weather forecasting.

Government has invested in a dedicated national research and education (R&E) network that is operated by the Tertiary Education and Research Network of South Africa (TENET), with the CSIR-hosted South African National Research Network (SANReN) tasked with network rollout and the development and incubation of advanced services that run on the network. The aim of this investment is to provide high-speed connectivity to scientific research and higher education institutions and is geared at ensuring the successful participation of South African researchers in the global knowledge production effort.

In 2019/2020, progress has been made in the upgrade of the SANReN core national backbone to dark fibre, with an initial capacity of 100Gbps. At the end of March 2019, SANReN had connected 236 sites to the network. Science, research, education, and innovation entities are eligible for connection to the SANReN network. These include South African public universities, science/research councils, national facilities and institutions, academic hospitals and museums. There is capacity on four undersea cables, which connect the network to the rest of the world. The Total Available Broadband Capacity (TABC) on the network is 3557Gbps, as at 31 March 2019.

At the end of 2019, SANReN hosted its third Cyber Security Challenge (CSC) student competition at the CHPC National Conference 2019. The purpose of the competition is to stimulate interest in cybersecurity in the field of network/information security within South African tertiary education institutions. The competition was split into two rounds, because of the high level of interest from students. There was a first qualification round, where 416 students, comprising 125 teams, competed for a place in the final round. A team normally comprises four members, and there are 12 team places in the final round. During the final round, 12 teams comprising 44 students (some teams only comprised three members) competed in a number of challenges over the course of the event. This year, a team from Mozambique qualified to participate in the competition with returning teams from Botswana and Namibia.

The SANReN Computer Security Incident Response Team (CSIRT) provides services and support to the SANReN beneficiaries to prevent and respond to information technology (IT) security incidents. These incidents can include hacking, denial of service attacks, ransomware, intellectual property theft, data breaches, compromised systems, as well as malware. The services provided by the team include incident response support and coordination (in partnership with TENET, operator of SANReN), vulnerability assessments (to report on and provide remediation advice for the security weaknesses of a beneficiary’s IT infrastructure), as well as announcements of relevant news from the global information security community.

SANReN has been running a national Data Transfer Pilot project in an effort to increase the transfer speed and reliability of moving large datasets to and from South African researchers and scientists nationally and internationally. The pilot uses specialised hardware, software and network architectures to facilitate this large data transfer movement. With the growing capabilities of National Research and Education Networks (NRENs), like SANReN, researchers should no longer need to transfer their data by shipping hard-drives to each other. The team is working with CHPC and DIRISA to provide more holistic data transfer solutions to the R&E community and has set up Data Transfer Nodes (DTNs) in Cape Town, Johannesburg and Pretoria, which are now available to the South African R&E community.

The Data Intensive Research Initiative of South Africa (DIRISA) promotes, enables and coordinates a data-intensive research ecosystem in support of national science and strategic priorities. This is accomplished through several key objectives, including the provision of a robust national data infrastructure and services, the promotion of sound data stewardship practices and the development of underpinning expertise in data management and the data sciences. DIRISA operates as an overarching national data organisation and as such, advocates research data sharing, coordinates publicly-funded initiatives and advises on a strategic agenda for data intensive research.

Towards attaining these objectives, DIRISA is expanding the national data infrastructure to accommodate increasing demands for research data storage and coordinates the establishment of a national e-Science postgraduate training and teaching platform and of a regional research data centre by a consortium of academic institutions.  Data services developed by DIRISA enable more rapid data-based research innovation across all academic disciplines.

In supporting researchers to manage their research data, DIRISA has released an operational version of a research data management planning tool, called DMP Online. It is becoming standard practice for research funders to require such a plan as part of the research proposal as it supports improved data-driven research across all disciplines. As a collaborative effort by DIRISA and Universities South African (USAf), DMP Online will be demonstrated to local universities and research institutions to promote its adoption for use nationally.

In collaboration with the Department of Telecommunications and Postal Services, and following ministerial approval, DIRISA has established a Multi-Primary Administrator (MPA) in South Africa. It forms part of a global network of MPAs that manage the allocation of unique and Persistent Identifiers (PIDs) for digital objects. The use of these PIDs greatly improves the management of digital objects, including data and valuable national assets. 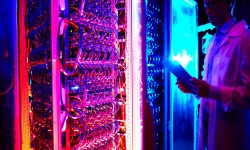 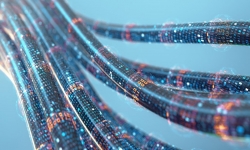 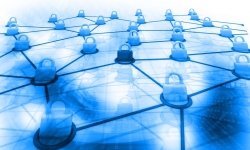 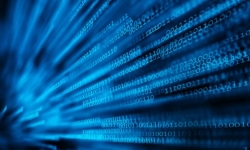