The fight against human immunodeficiency virus (HIV) and acquired immunodeficiency syndrome (AIDS), which emerged 40 years ago, has resulted in many parts of the world reflecting on some of the key milestones achieved and the challenges that still remain.

The CAP256 lineage was originally isolated by the Centre for the AIDS Programme of Research in South Africa (CAPRISA) and the National Institute for Communicable Diseases (NICD) from a South African HIV positive patient during a trial conducted by CAPRISA. The outcome showed that the antibodies from the CAP256 lineage displayed broad specificity and were extremely potent against many HIV-1 subtype A and C strains. A scalable plant-based production process has been developed to produced highly potent anti-HIV antibodies, CAP256-VRC26.08 and CAP256-VRC26.09, for therapeutic use.

The production process demonstrated the ability to use glycoengineered Nicotiana benthamiana, a relative of the tobacco plant, to produce unique glycosylation and rare sulfation post-translational modifications, a result that is not usually seen in plants. This research is ultimately aimed towards developing a cost-effective pre-exposure prophylaxis vaccine, which will passively immunise against HIV/AIDS. 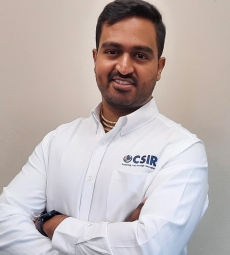