The electro-acoustic underwater test facility at the CSIR is used to test underwater sonar transmitters, receivers and arrays.

The facility can test underwater transducers from 3 to 500 kHz and simulate depths of up to 650 m.

Naval and commercial shipping agents are key users of three-dimensional images with detailed information on features encountered under water. The most obvious benefit lies in ensuring the safe operations of vessels, as well as curtailing smuggling by detecting cargo concealed underneath the hull of a ship. For such innovations to be brought to the market, rigorous testing in a suitable facility is required.

The electro-acoustic underwater test facility was originally established by the South African Navy (SAN) and is mostly funded through the CSIR, with support from Armscor. The facility permits the local characterisation of newly manufactured or refurbished transducers, providing significant cost and time savings. It permits acoustic, electrical and high pressure (depth) testing.

The facility has been upgraded with new instrumentation, automation technologies and testing software. It has been used in all sonar development projects undertaken by the CSIR for the SAN and to characterise all the wet-end sonar transducers deployed on the SAN’s current submarines and corvettes (surface vessels).

The CSIR team is always available to discuss industry’s underwater development and testing requirements with the view to locally develop or localise technologies and products and conduct small-volume manufacturing runs on acoustic or ultrasonic devices. 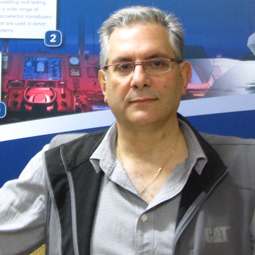 Sonar
Sonar is a technique that uses sound pulses to navigate, detect objects and communicate underwater and a transducer is a device that can transmit and receive these acoustic signals. 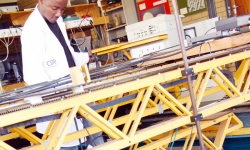 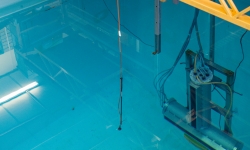 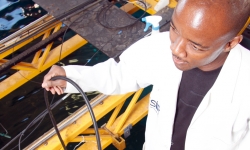 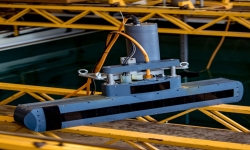