A numerical model has proven successful in predicting rock mass response when mining the shaft pillars in mines. This will contribute to safer mining by enabling mining companies to avoid seismic events induced by this mining activity.

The model simulates the bore-and-fill operations calibrated against underground data to replicate the damage and observations around a selected sequence of holes.

Reef boring is non-explosive rock breaking that involves drilling a sequence of holes, filling them with concrete to maintain ground stability and then boring the next hole in the sequence to be mined. He explains that the sequence will vary according to the rock mass response. Researchers found that the sequencing of the holes, the resulting geometry of the holes and pillars and the local geological and material characteristics had a significant influence on the occurrence of damage and stress redistribution.

Based on the actual holes drilled underground, researchers were able to calibrate a model that is able to predict what will happen with different sequences of holes bored. The study was conducted at Anglo Ashanti’s TauTona mine in Carletonville.

Borehole breakout occurred around holes as they were bored. Obtaining an algorithm that would simulate the breakout around the hole was challenging.

TauTona is known for experiencing damaging seismicity when attempting to extract its high grade, highly-stressed shaft pillar.  Typically, when an ore is extracted across a horizontal plane, large areas are left unworked (called pillars), which support the ‘roof’. These areas are now mined to retrieve the significant quantities of valuable materials that had been left behind. The calibrated model developed is able to predict the rock mass response and thereby limit the potential for seismic events. 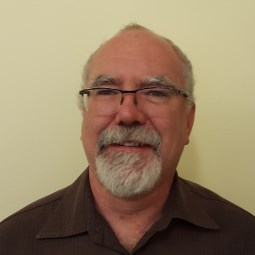 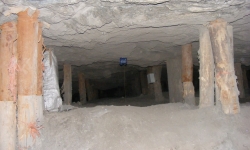