CSIR researchers are investigating the development of a system that can be used to determine or verify the identities of people from infancy to adulthood using biometrics that were captured at birth or during infancy.

The system is aimed at extending the use of existing adult biometric recognition systems to the management of children’s identities.

The Department of Home Affairs uses fingerprints, the most commonly known type of biometric, to ensure that each citizen is only linked to one identity. This is an important requirement from an identity management point of view, especially at national government level, given the type of harm that could result from having multiple identities or identity theft, such as obtaining credit using one of the identities and not repaying the credit.

However, it is still possible for a child to be linked to more than one identity and this is being exploited to defraud the social security system where people apply for child support grants for the care of one child using different identities for the child. Although the use of biometrics could help prevent such cases; existing biometric recognition systems are developed for use on adults, as children are still undergoing development and the most commonly used biometrics have not stabilised, such as facial appearance.

In this project, a CSIR team of researchers is investigating which biometric(s) – fingerprint, outer ear shape, or iris – would be best suitable for the recognition of minors as they age. Having identified a suitable biometric, the team plans to develop software algorithms required to perform the recognition using the biometric. The team will also look at repeatable methods to reliably capture samples of the chosen biometric of newborns and children.

Department of Science and Technology 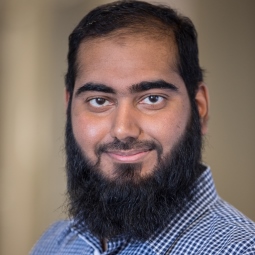 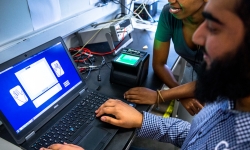 Biometrics
The term biometrics refers to the use of measurable human physical characteristics for identity authentication. Computer software converts information scanned from characteristics such as a person’s fingerprints, iris, retina, ears, hands or veins into digital form and compares match points.