Can the Olifants River still be saved?

Dr Cogho was reacting to the findings of a research project conducted by the Council for Scientific and Industrial Research (CSIR) on the impact of pollution in the river after incidences of fish deaths and crocodile die-offs in Loskop Dam and further down the Olifants River in the Kruger National Park. 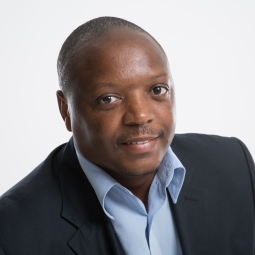 Dr Cogho was reacting to the findings of a research project conducted by the Council for Scientific and Industrial Research (CSIR) on the impact of pollution in the river after incidences of fish deaths and crocodile die-offs in Loskop Dam and further down the Olifants River in the Kruger National Park.

“If we don’t work together to improve the river’s water quality before it flows into Loskop Dam, the consequences will be too dire even to consider. We all agree that we are going to do the best we can to save this river,” said Dr Cogho.

The research findings indicate that the dam and the upper Olifants River are so heavily impacted by high levels of nutrients that it is only 30% from the threshold, with the contamination in water samples taken from more than fifteen different sites “the highest ever measured in natural samples” in the CSIR’s isotope research laboratory.

During an information session hosted by the Olifants River Forum on Friday 23 April, researchers also announced that they have found pansteatitis in Largescale yellowfish caught in the upper catchment of the Olifants River. According to Drs Jan Myburgh and Johan Steyl from the Department of Paraclinical Sciences, Faculty of Veterinary Science at the University of Pretoria, this is the first report of pansteatitis in fish from the upper Olifants River. It is generally accepted that the pansteatitis ‘discovered’ in Sharptooth catfish during the Nile crocodile die-offs in 2008 and 2009 in the Olifants Gorge was related to the problem in the dead crocodiles.

The Olifants River Forum is a voluntary body, comprising members from industry, mining, conservation and management authorities, mandated to encourage voluntary co-operation between interested and affected parties, and to harness expertise, experience and resources to ensure the responsible utilisation of the Olifants River and its catchment basin.

In August 2009 the Forum commissioned the CSIR to conduct one of the largest assessments of its kind in South Africa on the progressive eutrophication and chemical pollution of the Olifants River and the implications for aquatic ecosystem health and human health. The research team is led by CSIR limnologist Dr Paul Oberholster and involves more than 30 researchers from the CSIR, the Universities of Pretoria and Stellenbosch, the Department of Water Affairs and the Mpumalanga Tourism and Parks Agency.

Progressive eutrophication of Loskopdam and the Olifants River

Eutrophication is mainly caused by an increase in nutrients and phosphate levels that stimulates the growth of water plants such as algae, making life increasingly difficult for fish and other organisms due to a lack of dissolved oxygen in the water. Sources of nutrients include nitrogen and phosphates from agricultural fertiliser and poorly-treated sewage and waste water, while the clearing of land for mining and industry causes the erosion of soil containing nutrients and other effluents.

In his presentation Oberholster explained his analysis of 54 dominant algae species from sampling sites in the upper catchment and Loskopdam. The two species that occurred at all the sampling sites were Melosira granulate (consistent with eutrophic waters) and Spirogyra reinhardi (an indicator of eutrophic waters and tolerant of high levels of heavy metal pollution).

“We found a decrease in the variety of algae one would normally find in freshwater – only those hardy species tolerant of heavily polluted waters seem to dominate. About 65% of the species found are indicative of eutrophic waters and another 5% are consistent with water impacted by industrial effluent and mining. The remaining 30% of the species found are normal for cosmopolitan water bodies,” he said.

“This implies that the system is only 30% from being pushed over the threshold,” Oberholster explained.

The site most affected by industrial effluent is a tributary of the Klipsruit just outside Witbank at Ferrobank. In his presentation CSIR senior researcher Dr James Dabrowksi warned that the site is heavily contaminated and shows exceptionally high levels of sulphates, iron, manganese, vanadium and total dissolved salts: “The aluminium levels at this site are also exceptionally high (up to 64mg/litre) and are likely to result in acute toxic effects to the aquatic ecosystem.”

Sites within the Olifants River itself show comparatively high phosphate levels indicating a direct input of nutrients, which most likely originate from poorly-treated sewage and waste water. Excessive nutrient input is the main trigger of eutrophication in rivers and dams.

In general, most sites within the study area show elevated levels of sulphate, which is typically associated with activities such as mining, industrial activity and power generation. Sites within the Wilge River catchment show good water quality in comparison to those in the Olifants River catchment, he said.

CSIR’s microbiologist Martella du Preez presented the results from the microbial analysis of the samples. All the sites showed mild to heavy microbial contamination most likely due to untreated, or poorly-treated, sewage flowing into rivers and streams. “People using untreated water from these contaminated sites face a high risk of contracting disease,” she said.

The samples were contaminated by microorganisms in the form of bacteria, viruses and protozoan parasites such as Salmonella, Shigella spp.(causes bloody diarrhoea, high fever, abdominal pain but not vomiting), Giardia (diarrhoea), Cryptosporidium (long-lasting diarrhoea in immunocompromised individuals), Vibrio cholera (severe diarrhoea and vomiting and possible death if not treated), as well as Norovirus and Enterovirus (diarrhoea). E. coli bacteria (an indicator of faecal matter in water) exceeded the guideline values indicating a high risk for diarrhoea.

Local communities who rely on the Olifants River for drinking and washing water should be provided with alternative sources of water to prevent them from taking water directly from heavily contaminated sites such as the Olifants River below the Riverview Waste Water and Sewage Treatment plant in Witbank, as well as the stretch along the informal settlement next to the Klipspruit before it enters the main stream of the Olifants, she said.

Results from the analysis of water samples for endocrine disruptors and the bioaccumulation of heavy metals will be presented at a later stage.

In his presentation CSIR senior researcher Dr Stephan Woodborne emphasised that his laboratory has never before analysed samples with such high nitrogen contamination: “Compared to a pristine site like the Waterberg, where we are also doing isotopic analysis of freshwater samples, it is evident that the nitrogen isotope contamination in the Olifants River fall outside of the natural range and are due to pollution,” he said.

Using isotope analysis Woodborne plans to map the entire catchment in terms of each site’s unique carbon and nitrogen isotopic value: “Because stable isotopes cannot be diluted away, they can be used to trace the accumulation of the pollutants by sampling progressively further upstream until the unique signal vanishes, providing a spatial footprint of the different pollution sources,” he said.

According to the forum’s Dr Cogho they will continue to work closely with industry, the local authorities and farmers to address some of the immediate problems facing the Olifants River and Loskopdam.

For more information, or to join the Olifants River Forum, visit its website at http://www.orf.co.za