The CSIR is developing adaptation guidelines for various types of human settlements in South Africa that are at risk because of climate change. The Green Book project stems from a grant awarded by the Canadian-based International Development Research Centre (IDRC) under a cities and climate change programme.

The project aims to influence the thinking of those who plan human settlements and provides them with practical tools on how to adapt to the projected climate changes. To help plan and build sustainable settlements for the future, researchers have to understand the impact of climate change on our cities, towns and neighbourhoods; the associated risks and the areas most vulnerable to the projected changes. The Green Book project, which is jointly funded by the IDRC and the CSIR, will draw on collaboration between researchers at the CSIR and external partners.

Researchers want to determine what types of settlements in South Africa are most at risk because of climate change. Some aspects are known, such as that coastal cities are at risk of rising sea levels, storm surges and inland flooding; that some of South Africa’s inland cities will be prone to more regular occurrences of drought and that many people living in informal settlements are vulnerable. Some resource-dependent towns, such as those depending on mining or agriculture, may also decline in the future due to climatic changes. Research can help these town to adapt to these impacts.

Climate change is forcing engineers and planners to rethink the way they plan and design future cities, towns and settlements. For instance, it may include guidelines on how to provide better natural ventilation in cities to counter the heat island effect, coping with flash floods and the frequency of informal settlement fires.

The National Disaster Management Centre of the Department of Cooperative Governance will assist the CSIR in identifying avenues where researchers could influence policy and help disseminate information. The African Institute for Inclusive Growth will help the CSIR by conducting an economic cost benefit analysis of the adaptation options.

Jointly funded by IDRC and the CSIR 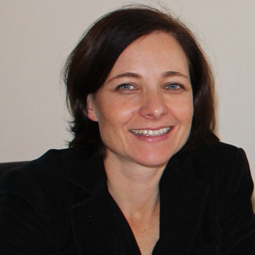 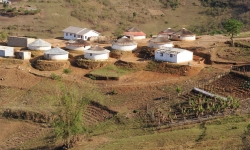 Climate change
Climate change is a change in global or regional climate patterns. Climate change has been apparent since the mid- to late-20th century, and is attributed largely to the increased levels of atmospheric carbon dioxide produced by the use of fossil fuels.