The CSIR coastal flood risk viewer is an interactive web-based tool to visualise the extent of coastal flooding in specific areas. This information is relevant for coastal development planning and disaster management in the light of climate change projections which indicate that sea levels will rise and the frequency and intensity of ocean storm-related floods will increase.

While sea-level rise and storm-related flooding are related in occurrence, they are very different hazards. We know that the sea-level rises constantly and relatively slowly with about 1-2 mm per year on South Africa’s coasts. However, storm events are hitting our coasts seasonally and while they batter the coasts for only hours or days and just locally these sea storms can have massive wave heights reaching up to 10 meters, causing flooding, erosion of the coast lines, and destruction of roads, infrastructure and homes. It is for these storm scenarios that the tool will allow for visualisation of flooding of up to 10 meters above sea level.

The tool can be useful to anyone from a home owner to a developer, insurance companies and disaster risk managers. The web-based tool has been developed by pooling remote sensing, GIS and information technology expertise at the CSIR.

The coastal flood risk viewer is a user-friendly tool based on online maps and high resolution LiDAR-based, digital elevation models. It allows users to zoom into the maps while adjusting the flood levels with a slider to see which areas will be flooded.

The tool forms part of the Oceans and Coasts Information Management System which is part of the implementation of the Operation Phakisa: Oceans Economy programme for the Department of Environmental Affairs. The CSIR’s coastal flood risk viewer follows international trends and is similar to those implemented by the Australians and Americans.

The threats presented by sea storms and flood events are not limited to coastal flooding. Frequently sea storms go hand in hand with heavy rainfalls, which will let the rivers swell and thus imposing an additional risk of flooding on the coastal hinterland.

The BETA version of the web-based coastal flood risk viewer can be found at: https://ocims-dev.dhcp.meraka.csir.co.za/hazardlines/  and feedback on the tool is welcome. Use of the tool is free and the CSIR carries no risk in the outcomes thereof. 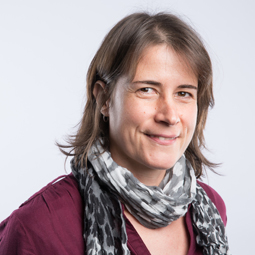 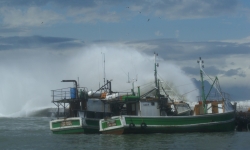