The CSIR has developed a portfolio of border safeguarding cameras and made significant progress on the manufacturing of two cameras.

The cameras predominantly operate in combination with a radar system due to the long-range surveillance requirements during border safeguarding missions. While radar technology takes care of the initial detection, the role of the cameras is mainly to confirm object identity, which necessitates very narrow fields of view for imaging objects such as humans, animals and vehicles at ranges in the order of 5 to 10 km under realistic atmospheric conditions.

New developments have been largely driven by experiences in the operational environment and have led to the development of a novel near-infrared illumination solution for zero light night-time conditions.

The first camera is a stand-alone multichannel, multispectral camera system that can either be operated independently or integrated with a designation source such as a radar. It boasts a cooled sensor and a thermal channel, and has an operational recognition range of 5 km for human targets. It is also suitable for covert intelligence operations, either manned or remotely. The second camera is a large aperture, cooled, single-channel camera system that has an operational recognition range of 10 km for human subjects. The cooled system has excellent dusk/dawn performance and can be used in light levels approaching half moon conditions. It is ideal for integration with a radar, provided that the two systems are compatible and suitable for the mission and logistics profile. 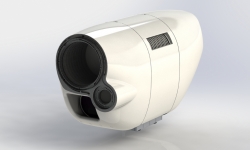 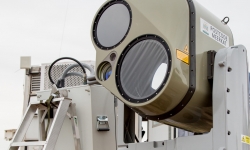 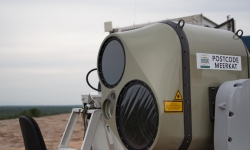 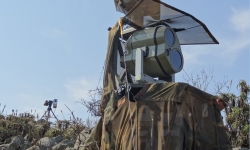