The CSIR, on behalf of the Department of Environmental Affairs, conducted a health study in the Vaal Triangle Air-shed Priority Area to determine if air pollution levels exceed South African air pollution standards.

Areas within the Vaal Triangle Air-shed Priority Area include the local municipalities of Emfuleni Midvaal in Gauteng Province, the administrative regions of Doornkop and Soweto, Diepkloof and Meadowlands and Ennerdale and Orange Farm within the City of Johannesburg, and the Metsimaholo Municipality in the Free State.

Four monitoring stations in the area collected data from 2013 to 2015. The stations measured the outdoor concentrations of air pollutants, specifically nitrogen dioxide, sulphur dioxide and particulate matter on a real-time basis.

The sources of air pollution in the Vaal Triangle are coal mines, industries, power stations and vehicles. Exposure to nitrogen dioxide and particulate matter may lead to an increase in all-cause mortality, a decline in lung function, an increase in susceptibility to respiratory illnesses, stroke and heart conditions. 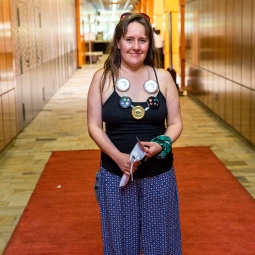