The CSIR has estimated that commercial farmers in the Dwars River area of the Western Cape spend approximately R600 000 per year ridding their irrigation systems of filamentous algae – often caused by external factors such as land users and factories. The CSIR has taken the first step in formulating a tradable permit system as a tool to help managing pollution in the river which serves as an important water source to the citizens of Cape Town.

The standard practice to manage the impacts of filamentous algae is frequent cleaning of irrigation systems which provided the basis to establish a cost estimate on the impact of algae. Taking into account typical irrigation maintenance protocol as well as the costs for labour and other consumables in a low and high algae load scenario, the CSIR arrived at an estimated R1887.92 per hectare per year as the cost of eutrophication. The figure not only provides a “management budget” for filamentous green algae mitigation strategies specific to the area and enabled the calculation of a reserve price for filamentous green algae pollution permits, which is estimated at between R2.25 and R111.00 per gram of filamentous green algae.

In a separate study, CSIR researchers undertook an assessment of the value of aquatic ecosystem services, and found that a causal loop diagram has the potential to facilitate an alternative value chain analysis where traditional approaches to value chain analysis are unsuitable. This study focused on identifying key ecosystem services, their forward linkages, understanding how to improve market access to such services, and create or improve the value chains in the South African context. The outcomes are intended to help identify more broadly the opportunities for improvements that benefit society. The research will be useful to land use planners, the designers of infrastructure, and town planners.

The causal loop diagram enabled easier identification of the transactional route for each value chain which in turn enables the identification of potential inefficiencies in the chain.  The consequent assessment of these inefficiencies informed the basis for recommending improvements to a market making process for aquatic ecosystem services, such as the treatment of algae.

Tradable permits seek to limit pollution at an optimal cost to the polluter, and create an incentive for companies to reduce pollution further, relative to their entitlement, since it is possible to sell the difference to willing buyers. Pollution in effect becomes a tradable commodity.  This mechanism uses the marketplace to distribute pollution impacts more evenly to support the self-cleansing capability of rivers.

Thus, taking aquatic ecosystem services to market as a way of incentivizing increased private sector investment to improve the service seems possible in theory and could be done in several ways.  Although a tradable permit system is, due to its nature, a complex instrument in terms of implementation, it has immense potential to effectively mitigate pollution once up and running.  The freedom to trade pollution “entitlements” gives an incentive for polluters to consider abatement while others face the cost of having to purchase permits.  For society, the existence of tradeable permits enables pollution abatement to be achieved in a cost effective way. Over time, pollution standards can be tightened, increasing the value of the permits and the pressure on market participants to pollute less. 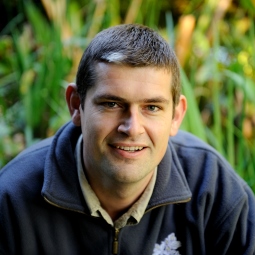 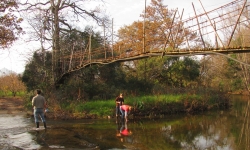 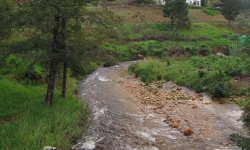 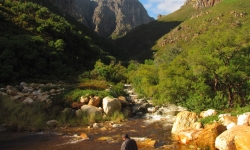 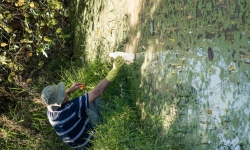 Algae
Algae is a water-based plant, attaching itself to rocks and other plants. Nutrient enrichment from raw or partially treated sewage, agricultural effluent and other forms of phosphorus rich pollutants stimulates the growth of filamentous algae. This, in turn, clogs farmers’ irrigation systems.