On 8th of March 2019, the CSIR launched a state-of-the-art online climate risk profiling and adaptation tool to assist municipalities across South Africa to assess climate risks and growth pressures, by implementing adaptation actions towards the development of climate resilient human settlements.

“The open access, online tool – named the Green Book – is intended to be an applied knowledge resource for municipalities to address climate change impacts and vulnerabilities in human settlements.

The Council for Scientific and Industrial Research (CSIR) has launched a state-of-the-art online climate risk profiling and adaptation tool to assist municipalities across South Africa to assess climate risks and growth pressures, by implementing adaptation actions towards the development of climate resilient human settlements.

“The open access, online tool – named the Green Book – is intended to be an applied knowledge resource for municipalities to address climate change impacts and vulnerabilities in human settlements. The objective is to assist decision-makers in the local government sphere to better understand the consequences of climate change, and how to respond,” said CSIR senior researcher and project lead, Willemien van Niekerk. “The ultimate goal of the Green Book is to contribute to resilient, sustainable and liveable human settlements through climate change adaptation.”

The Green Book is a novel and unique attempt at interdisciplinary, applied sciences that combined the expertise of researchers in climatology, demography, disaster risk sciences, environmental sciences, geography, informatics, urban planning, economics, ecology, architecture, anthropology, hydrology and statistics. The multi-disciplinary nature of the Book, combined with the high resolution scientific evidence, makes this one of the most novel, innovative and information-dense research platforms about disaster risk and climate adaptation planning on the African continent.

The Green Book forecasts to the year 2050 by projecting human settlement growth combined with quantitative, scientific evidence of the likely impacts that climate change will have on South African towns and cities. Every settlement risk profile proposes customisable adaptation actions, to be considered for integration into local plans and strategies that are to be implemented.

It offers illustrative examples of adapting to climate change as essential components of urban development and management. It also reinforces the idea that sustainable development in urban areas must include disaster risk reduction and climate change actions to reduce vulnerabilities.

The Green Book is structured into three main components.

The first component is a series of interactive national story maps. The user is able to browse through these story maps to learn more about the research methodology, findings and recommendations, as well as to access the technical reports and interactive datasets.

The second component is the municipal Risk Profile Tool; an interactive tool that grounds the adaptation process in scientific evidence of the risks each local municipality in South Africa is likely to face under a changing climate by 2050.

The Risk Profile Tool provides dynamic risk profiles for each municipality and its associated human settlements in South Africa. These profiles provide information on vulnerabilities; population projections; exposure to climate hazards; and the impacts of climate change on some of South Africa’s municipality’s key resources.

The third component is the municipal Adaptation Actions Tool; an interactive platform to support adaptation planning in local municipalities. The Adaptation Actions Tool provides a range of planning and design actions for municipalities to consider, to adapt their settlements and environments to the likely impacts of climate change, to climate proof their settlements, and to reduce their exposure and vulnerability to hazards, and thus the risk for disaster.

The Green Book also provides information on adaptation planning at a local government level. This includes information on why it is important to plan for climate change; how to deal with uncertainty; and the mechanisms that support climate change adaptation such as: disaster risk reduction, funding mechanisms, capacity building and awareness raising, and as well as monitoring and evaluation.

The Green Book contributes to the climate change adaptation policy environment in South Africa. In addition to the stakeholders and peer-reviewers involved in the project, more than 50 researchers from multiple domains and disciplines contributed to the Green Book project.

The development of the Green Book was funded by the International Development Research Centre in Canada and the CSIR, and partnered by the National Disaster Management Centre. The Department of Environmental Affairs, the National Disaster Management Centre and Santam are committed to partner with the CSIR in phase II of the Green Book.

”This phase will focus on rolling-out the Green Book for implementation in municipalities most at risk, identifying gaps in research and development of this kind, and building capacity of officials and departments to deal with climate change adaptation. Given the risks, there is a great need for proactive investment in disaster risk reduction in South African urban settlements in order to cope with increasing extreme events in future” said van Niekerk.

The Green Book, its resources and tools can be accessed online at www.greenbook.co.za 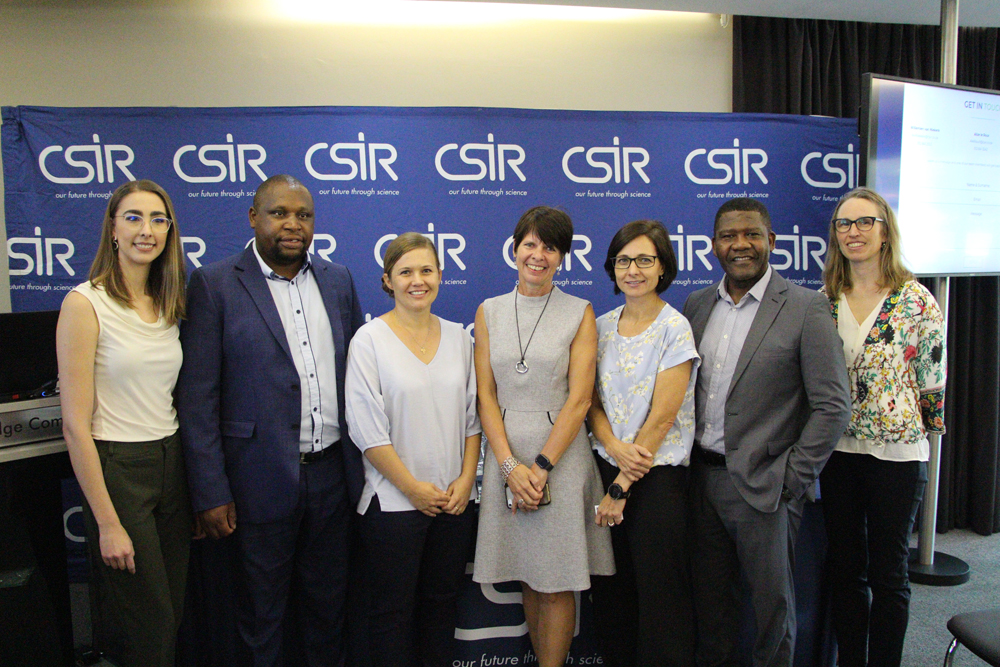