South Africa's mines remain one of the most hazardous working environments in the country, with seismic activity and rock bursts resulting in injuries and fatalities (73 in 2016). Preventing ongoing fatalities and creating a safer working environment is critical to this multibillion-rand sector.

Early warning and monitoring rock stability in the mines could reduce these accidents significantly, which could help sustain an industry that is one of the cornerstones of the country's economy. 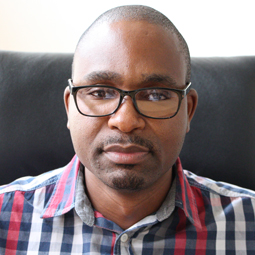 South Africa's mines remain one of the most hazardous working environments in the country, with seismic activity and rock bursts resulting in injuries and fatalities (73 in 2016). Preventing ongoing fatalities and creating a safer working environment is critical to this multibillion-rand sector.

Early warning and monitoring rock stability in the mines could reduce these accidents significantly, which could help sustain an industry that is one of the cornerstones of the country's economy.

A group of young data science students could have the answer, with the development of an early warning and monitoring system called "Rock Pulse".

The students are part of a group participating in the Data Science for Impact and Decision Enablement (DSIDE) programme, which is funded by the Department of Science and Technology.

DSIDE is implemented by the Council for Scientific and Industrial Research (CSIR) and is aimed at building capacity in data science by recruiting students to participate in learn-by-doing problem solving to meet real-world needs.

At least 50 students from across the country were recruited in this year's programme, which has trained 141 students since inception in 2014.

Projects under the DSIDE initiative are currently on display at the Department.

Rock Pulse works by collecting data in real-time underground using a geophone connected to a roof bolt in a mineshaft. Algorithms then interpret the data in order to identify triggers or potentially hazardous events, eventually setting off an alarm initiating the evacuation of the affected sections of the mine.

Nicolene Roux, Boitumelo Mahlobo and Clodita Mandlazi, the students who developed the dashboard, confirm the technology has reached a level of confidence, which assures its validity, but that improvements are still needed.

"When designing the dashboard, we realised that the technology could not differentiate between a man-made and a non-man-made sound. This is where it needs to improve, because you don't want a false trigger negatively affecting a mine's production," said Roux, who spent three years underground during her geology studies.

John Isaacs, research group leader of the Embedded Intelligent Systems unit at the Meraka Institute (a business unit of the CSIR), says South Africa's mines are old and the further down you dig, the more dangerous it becomes.

"We need very robust technologies to be able to improve working conditions in these mines. The ultimate goal is that the system should be able to inform future planning, identify the risks and define the shortest exit paths in cases of evacuation," adds Isaacs.

He believes the system is a step in the right direction to replace the old technologies currently in use. With the country's gold reserves predicted to be depleted by 2030, mining will be more dangerous, and it is systems like Rock Pulse that will create better working conditions in South African mines.

Other projects displayed at the DSIDE included the "Municipal Money and Youth Explorer", which uses data to profile employment and service delivery in municipalities around the country.

Youth Explorer uses data collected in Census 2011 on challenges facing the youth, which enables researchers and policy-makers to focus on areas of concern and implement interventions. The project found that in households where no one has a matric the chances are unemployment are high, and the young people in that household will be unemployed.

According to Thabang Mashinini, a big data and analytics student, the system is a useful tool for municipalities to improve their efficiency and provide platforms to improve employment in the country.

With electricity theft a significant problem that results in revenue loss and increased costs to paying customers, as well as a range of safety issues – identifying irregular usage patterns and detecting potential electricity fraud has become paramount.

A project carried out by Advance IO, which installs smart meters for households in Ekurhuleni Municipality, is trying to identify irregular usage patterns and detect potential electricity fraud.

An electronic engineering student at the University of KwaZulu-Natal, Mixo Ngobeni, says the system is able to spot anomaly trends, which may be a result of electricity theft, meter bypass or a resetting function.

However, more still needs to be done to accurately spot the problem, improve the performance of the smart meters in the municipalities, save electricity and improve revenue.