Some of the most common household products, including sunscreens, hair relaxers, lotions and cleaning detergents, contain engineered nanomaterial ingredients that, when released into the environment, have the potential to cause nanopollution, warn studies by local environmental and nanotechnology scientists. 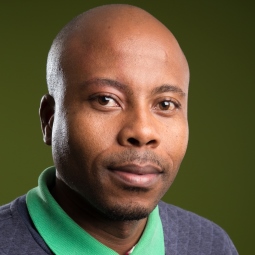 Some of the most common household products, including sunscreens, hair relaxers, lotions and cleaning detergents, contain engineered nanomaterial ingredients that, when released into the environment, have the potential to cause nanopollution, warn studies by local environmental and nanotechnology scientists. Nano simply means small, and nanopollution describes an introduction of nano-sized contaminants into the natural environment, which causes instability, possibly harming the ecosystem. Studies point to sunscreens as the main concern, recording a release factor above 90% due to the likelihood of the product releasing engineered nanomaterials into water systems during bathing and/or swimming.

The release factor refers to the fraction of the engineered nanomaterials contained in the product that can be released, in comparison to the amount of product used. This was the first time that nano-enabled products were identified and prioritised (qualitatively and quantitatively) according to their likelihood for nanopollution in Africa. The studies were conducted by a team of nanotechnology scientists from the CSIR, the University of Johannesburg, the Nelson Mandela University and the Sefako Makgatho Health Sciences University.

“Engineered nanomaterials are considered a case of contaminants of emerging concern because their environmental behaviour differs from their larger-sized counterparts and, thus, their risk management does not fit well into the existing environmental risk assessment frameworks,” explains CSIR senior researcher and study leader, Dr Melusi Thwala.

A total of 264 nano-enabled products were identified as containing engineered nanomaterials, spanning six product categories, namely health and fitness; electronics and computers; home and garden; appliances; automotive and food and beverage. The health and fitness category dominated, making up over half of the identified products.

Due to their prevalence in the market, sunscreens were analytically examined to determine the characteristics of the engineered nanomaterials they contain. In ongoing studies, the research team is examining beauty care, clothing and paint products. Sunscreen applications were simulated and showed that our wastewater systems are vulnerable to nanopollution.

Production and use of nano-enabled products are increasing, and experts are concerned about the increased likelihood of environmental release across the product lifecycle, predominantly during use and disposal, especially in light of the current information gaps, with respect to the implications of nanopollution.

Overall, the current findings indicate that most identified nano-enabled products, especially those in the health and fitness category, are likely to release engineered nanomaterials into the environment with relative ease, with water resources being the most likely immediate recipient and, thus, are a priority for South Africa. Concern is also expressed regarding over 90% of the identified products exhibiting a medium to high potential for nanopollution. It is recommended that South African authorities in the environmental regulation sector establish the means through which sources on nanopollution could be identified and their extant established. Where considerable environmental risks are identified, scientists and industrialists need to formulate mechanisms for risk reduction, for instance through safety-by-design approaches for the development of nano-enabled products, where hazardous characteristics of engineered nanomaterials are altered or replaced with greener alternatives.