The Spatial and Temporal Evidence for Planning in South Africa (stepSA) initiative has its origin in research and development collaboration between the CSIR, the Department of Science and Technology and the Human Science Research Council, which started in 2008 to identify regional interactions between urban and rural South Africa and model the implications for urban growth.

The project has since evolved into a multi-stakeholder research and development initiative in which research on population movement as well as spatial trend analyses and regional and town profiles are co-funded and shared for broader use by various role players.

Valuable and widely used outputs have been developed through stepSA with collaborators such as the National Planning Commission, South African Cities Network, the departments of Co-operative Governance and Rural Development, as well as various metropolitan, district and local municipalities.

The research has been central in identifying changes in settlement patterns and profile growth nodes in distressed and growing rural regions to support the Department of Rural Development and municipalities in prioritising catalytic infrastructure investment projects.

It has, and continues to, provide evidence of the increasing important role that towns and cities play in South Africa’s development trajectory, with evidence of more than 80% of the South African population already concentrated in cities, towns and rural settlements.

In partnership with the South African Cities Network, the initiative contributes to identifying spatial transformation patterns in the country’s biggest cities and highlighting possible implications of higher numbers of young South Africans and increased poverty in cities.

Findings regarding town growth across the more than 40 larger, 75 medium-sized and 500+ smaller towns in South Africa form a key building block in collaborating with the South African Local Government Foundation to support municipalities across South Africa in strategy development for small town and economic development.

The CSIR teams are primarily contributing towards the development and roll out of the capability to profile and simulate the spatially diverse implications of projected urban and town growth and planned housing and transport investments. Within growing city regions, this implies not only supporting smart urban governance and sustainable urban form, but also identifying the implications of investment choices on the ability of poor households to access job opportunities and social services. Within fast-changing regional economies, impacted for example by the closing or establishment of mines, this capability enables the identification of regional and town growth drivers and timeous identification of changes, as well as the possible land-use, service delivery and resource implications for a range of government role players.

The stepSA collaborative initiative has over the years proven itself to be much more than the presentation of improved and systematic evidence on the spatial implications of town and city growth through the stepSA portal, or the establishment of national simulation and profiling capabilities. It is in the context of ongoing collaboration in policy workshops and discussions, as well in specific projects, that such evidence adds significant value to support decision-making. 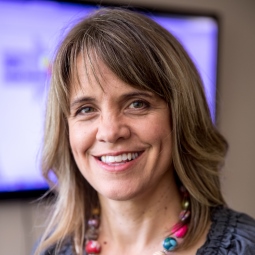 Urban and regional planning
Findings regarding town growth across the more than 40 larger, 75 medium-sized and 500+ smaller towns in South Africa form a key building block in collaborating with the South African Local Government Foundation to support municipalities across South Africa in strategy development for small town and economic development.