The CSIR is assisting national and local government, cities and other stakeholders with urban planning strategies by making use of spatial and urban growth modelling and simulation software. A new CSIR-developed model has been used to simulate spatial growth patterns to better understand the future demand for infrastructure and services.

In the developing world, mobility challenges and the role of government in providing public infrastructure are significantly different from those in the developed world. Factors such as extreme poverty and income disparities as well as mounting demands for basic services such as clean water, sanitation, and healthcare, pose daunting challenges to urban planners. In South Africa, roughly 10% of the gross domestic product is invested annually into building and operating infrastructure and facilities in metropolitan municipalities alone. Many of these investments are aimed at overcoming the spatial inefficiencies inherited from the past and transforming human settlements by providing public transportation to improve mobility and access to job opportunities.

The new model is based on adapted versions of two open source software packages: OpenTripPlanner, a platform to plan multimodal transport itineraries; and UrbanSim, a state-of-the-art platform to simulate the urban growth patterns resulting from the decisions made by the main actors in an urban system. The model can be used to evaluate the likely consequences of policy scenarios aimed, for example, at limiting urban sprawl or increasing residential and employment densities in designated areas, or to promote walking or cycling to work. The CSIR adapted OpenTripPlanner to calculate the cost of commuting by different modes of transport, including by private car, bus, train and mini-bus taxi. UrbanSim uses these costs to assess accessibility to employment, which may in turn influence where the model predicts people may choose to live and work. The model has been used by the Tshwane and Nelson Mandela Bay metropolitan municipalities to simulate population growth and spatial population distributions over the next 30 years, for various scenarios. The projections are being used to make better decisions on spatial planning, public transport corridors and infrastructure investment.

The model has proven to be useful in evaluating the effect of policy scenarios on, for instance, urban densification. It can predict the consequences of investments in housing and transportation, and present that information to decision-makers in an accessible format. As one of the benefits of investment in public transportation, researchers have shown that the percentage of job opportunities that can be reached for R40 per day from the best located zones (100 of 2 690 in City of Tshwane) increases from less than 10% of the total number of non-home-based jobs in a city without public transportation, to more than 70% with public transportation. The CSIR is assisting the Gauteng Department of Roads and Transport through the Gauteng Integrated Transport Modelling Centre to establish an in-house capability to do integrated land-use and transport modelling. A case study is also underway in the Ekurhuleni Metropolitan Municipality as the first step towards building a model for the whole of Gauteng. The long-term sustainability of these investments are intricately linked to future population and employment projections, specifically in the areas served by public transportation, which in turn is the cumulative result of the decisions made by households, businesses and property developers within the policy environment set by government. To facilitate decision-making within such a complex and sometimes adversarial planning process, CSIR experts in spatial urban and regional planning have developed a land-use transportation interaction model that can be used to simulate the expected outcome of various planning scenarios. 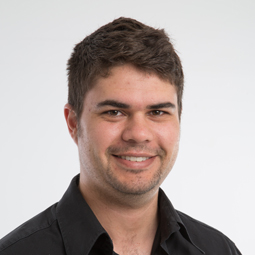 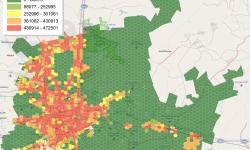