In 1991, when Eskom contacted the CSIR with its need to visualise corona discharges on power distribution networks, no one could guess that two decades later the new start-up company resulting from this research would capture some 50% of the world market with total sales of R180 million, and would be exporting high-tech camera inspection systems to 40 countries. Apart from the technical excellence of the research team, key success factors included the tenacity and full participation of every stakeholder in the innovation chain.

UViRCO manufactures the CoroCAM and MultiCAM range of inspection systems that allow an operator to visualise not just what we see with the naked eye but also what we can’t see, namely energy coming off a power line insulator that is in the infra-red or ultra-violet (UV) wavelength bands. It is in these additional wavelength bands that the information to prevent an unplanned power outage is contained.

CSIR researchers focusing on sensor science and technology use their expertise in developing sensor innovations to respond to South Africa’s challenges. For example, work by these researchers has led to such inventions as the world-first ultrasonic broken rail detection system that is saving our economy more than R100 million per annum by avoiding freight train derailments. They are also responsible for developing the technologies and products that are licensed under the CoroCAM and MultiCAM trademarks. What makes these cameras special in the technical sense is their ability to detect even small amounts of UV energy in competition with much larger levels of UV energy that stream continuously from the sun. By solving this challenge with solarblind filter technology, workers no longer needed to conduct inspections at night time and hence the world’s first daylight inspection systems were born. Thus, we find ourselves with an innovation success story, one that saw a ‘need’ and a ‘solution’ brought together over more than a decade by numerous passionate people, to create the successful camera exporter that is UViRCO.

We wish UViRCO well as it now enters the next stage of its own growth as the CSIR sells its share to a Black Economic Empowerment investor, while we step back and celebrate the realisation of a dream and the creation of a South African brand on the world stage. 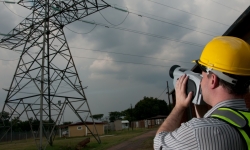 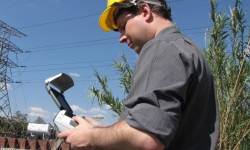