The CSIR has developed a train energy optimisation model with the aim of incorporating it into a real-time driver assist programme. This optimisation algorithm has the potential to significantly reduce the energy usage and therefore, the cost of train operation.

A significant portion of the South African economy is sustained by a large and extensive mining industry. Integral to sustaining the mining economy is the transport of mined raw material via freight rail over large distances, typically from the mines to central distribution or processing centres. Due to the heavy tonnage and long distances, an enormous amount of energy is required.

The train has been described mathematically as a lumped mass, meaning that the locomotive and wagons are mathematically considered as one entity. This lumped mass model has laid the groundwork for further investigation into the integration of the coupling forces between the different locomotives and wagons by using a longitudinal dynamics model. Using classical mechanics, an energy usage model for typical trains based on available tractive power and typical rolling stock resistances (curvature, friction, gravitational forces due to hills, descents and so forth) was constructed.

This model optimises the energy by adjusting the driving profiles and finally prescribes the optimal driving strategy that minimises the total energy of the train running on a specific track. Multi-objective optimisation is also employed where the combination of total trip time and energy usage are simultaneously minimised, by using a weighting factor to give preference to either energy or time.

Important factors that have been incorporated into the model are the effect of the curvature of the track; prescribed speed limits due to track configuration and surrounding landscape and the critical velocity on super-elevated tracks. The natural limitations (constraints) have also been incorporated, such as the total travel time and the maximum available tractive power, as well as available braking force, to make the model more realistic.

To test and highlight the ability of the energy optimisation model, a number of scenarios were successfully tested. One such scenario is the case where an extremely steep hill has to be overcome. The model successfully demonstrates that the train requires application of power prior to the steep gradient, allowing momentum to carry the mass of the train over the incline. 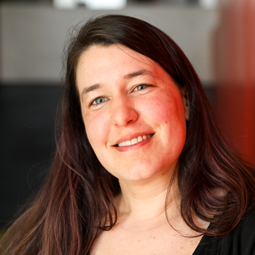 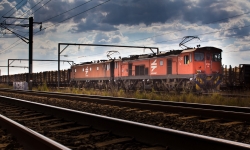 Railway energy optimisation
The rail transport of heavy cargo over long distances requires significant energy, which comes at a cost. Researchers look at various techniques to optimise such energy use. CSIR mathematical modellers use an optimisation algorithm to determine the most efficient way to control a train.