It is used to inform policies, strategies, decision-making and actions in range of sectors (e.g. water, agriculture and mining) for managing and conserving biodiversity more effectively. Specifically, the NBA uses two headline indicators, ecosystem threat status and protection level, for tracking the status of ecosystems in South Africa, with a view to understanding trends over time. It includes spatial as well as non-spatial elements covering terrestrial, freshwater, estuarine and marine components. The freshwater or inland aquatic component deals with both wetlands and rivers.

The Council for Scientific and Industrial Research (CSIR) played a particularly important role in the National Spatial Biodiversity Assessment (NBSA) 2004 and NBA 2011 and again provided leadership and technical capacity for the freshwater and estuarine components in the NBA 2018. The NBSA 2004 was the first systematic and spatial NBA done for South Africa. This was followed by a nationwide initiative to identify and protect South Africa’s Freshwater Ecosystem Priority Areas (FEPAs). The data for identifying the FEPAs were produced during the National Freshwater Priority Areas (NFEPA) project and fed seamlessly into the second NBA 2011, which included an assessment of both rivers and wetlands. The NBA 2018 then used river data (ecosystem types and condition) developed for NFEPA project to determine ecosystem threat status and protection levels.

This NBA involved nearly five years of ground-breaking work from 2015 to 2019. Over 470 individuals from approximately 90 institutions have worked persistently in providing and processing data, participating in collaborative workshops, authoring chapters on technical reports, and acting as experts and reviewers for the various NBA components. The latter was launched by the Minster of Environment Forestry and Fisheries, Ms Barbara Creecy on 3 October 2019. The inventory, component technical and synthesis reports as well as the spatial data and metadata are available from the NBA webpage and here https://drive.google.com/open?id=1khFJ1ZFMlCsKSuv0e2lRS35ufCJTRCr4. 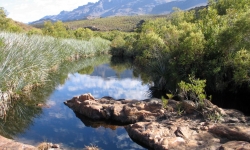 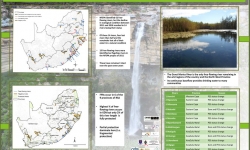 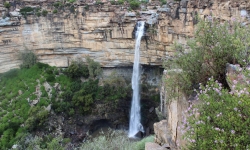 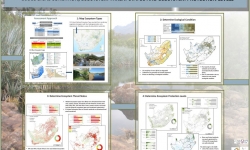