Ongoing investment by the Department of Science and Innovation (DSI) in data science continues to yield positive results, as more and more young people are trained to use it for the development of innovative solutions to socio-economic challenges.

The work of the Data Science for Impact and Decision Enhancement (DSIDE) programme gives students the opportunity to be mentored by experienced members of the data science community during their vacations.

Ongoing investment by the Department of Science and Innovation (DSI) in data science continues to yield positive results, as more and more young people are trained to use it for the development of innovative solutions to socio-economic challenges.

The work of the Data Science for Impact and Decision Enhancement (DSIDE) programme gives students the opportunity to be mentored by experienced members of the data science community during their vacations.

The projects of the latest DSIDE participants were showcased at the DSI last week.

The DSIDE programme, funded by the DSI and hosted by the Council for Scientific and Industrial Research (CSIR), is an investment in research and development aimed at enabling South Africa to take full advantage of all the potential economic benefits that this advanced technology can offer.

The DSI and other stakeholders are working towards a million individuals with data science skills by 2030.

"It's a huge task to reach this target, and the DSI and the CSIR will not be able to achieve this on their own. It will take a concerted effort by government, the private sector, higher education institutions and online academies to upskill individuals," said Karel Matthee, Principal Researcher at the CSIR.

Matthee said that, over the years, the programme had delivered a number of exciting projects and had the potential to make a significant contribution to the country's future.

"The idea has always been to expose students to a challenging environment," said Matthee. "To let them work in teams and through team effort come up with interesting solutions that can take our country forward."

Data science employs techniques and theories drawn from many fields in the broad areas of mathematics, statistics and computer science, among others, extracting knowledge and insights from data in various forms.

The students, who came from universities all over the country, were either in their third or final year of undergraduate studies in the fields of engineering, computer science, business informatics and statistics. The teams are led by mentors who guide them over a 12-week training period.

The programme has seen students use up-to-date approaches such as machine learning techniques to develop new models and insights for their respective datasets. The training culminates in an exhibition of the projects.

Among the popular projects showcased last week was a data-science solution using biometrics to protect children against identity theft and human trafficking. Current biometric systems like face recognition and fingerprinting are designed for adults and cannot be used for children, as their features are not fully developed and their fingers are too small.

Siphesihle Gama, Ruan Pretorius, Prince Ngema, Macdaline Mathye, all from the University of the Witwatersrand, and Vukosi Rikhotso from the University of Limpopo worked to refine an "ear detection" project that was started by the CSIR three years ago. The CSIR's work focused on using three biometric pointers (shape of ear, fingerprints and iris measurements) to solve the challenge of identity theft in children. However, the project had its shortcomings, which the students sought to address through data-science and developing a more user-friendly methodology.

"The model was too slow," said Siphesihle. "It was not fast enough to use for large numbers of people, particularly when information needs to be processed quickly. To strive for more expedient and accurate ear detection, it was necessary to look at a more advanced technological method, known as YOLO – you only look once."

He said the idea was to have cameras mounted in public spaces and, using either image or video detection, to capture data on everyone in such spaces, including children or women who might have been reported as missing. People would need to pass by the cameras only once for their features to be captured.

"The method will not require people to use their fingerprints or touch some machine for them to be recognised," added Siphesihle.

For this technology to applied successfully, public-private partnerships would be needed to place more cameras in public spaces, and a database of people's ears would have to be compiled.

She said that facial features changes with age, making recognition systems unreliable, and criminals who spent time in prison often got tattoos that made their faces unrecognisable when they were released.

Noxolo also pointed out a bigger challenge for people from Africa, as the majority of facial recognition systems used in the developed world could not be used for black people.

The system developed by the students had to consider all these challenges. They set to work on a dataset of human images, and used an artificial intelligence-based technology able to identify a person by analysing patterns based on the individual's facial textures and shapes.

"To achieve this, a dataset of images containing individuals of different age groups was assembled using a facial ageing augmentation technique. The model gets the outline each person's facial features (eyes, nose, mouth and chin) so that it can tell who the features correspond to. With the help of this facial recognition technology, law enforcement agencies could increase the chances of tracking down criminals," Noxolo added.

The DSI's Deputy Director: Information Communication Technology, Zamokwakhe Dlamini, said the programme has grown from 12 students to more than 275 over the past five years.

"There are also over 33 data science prototypes at the CSIR with potential for commercialisation," he said.

"The DSI is in the process of finalising a decadal plan for the implementation of the White Paper on Science, Technology and Innovation, and will be looking at ways in which DSIDE can change its format in terms of impact and scale," added Dlamini. 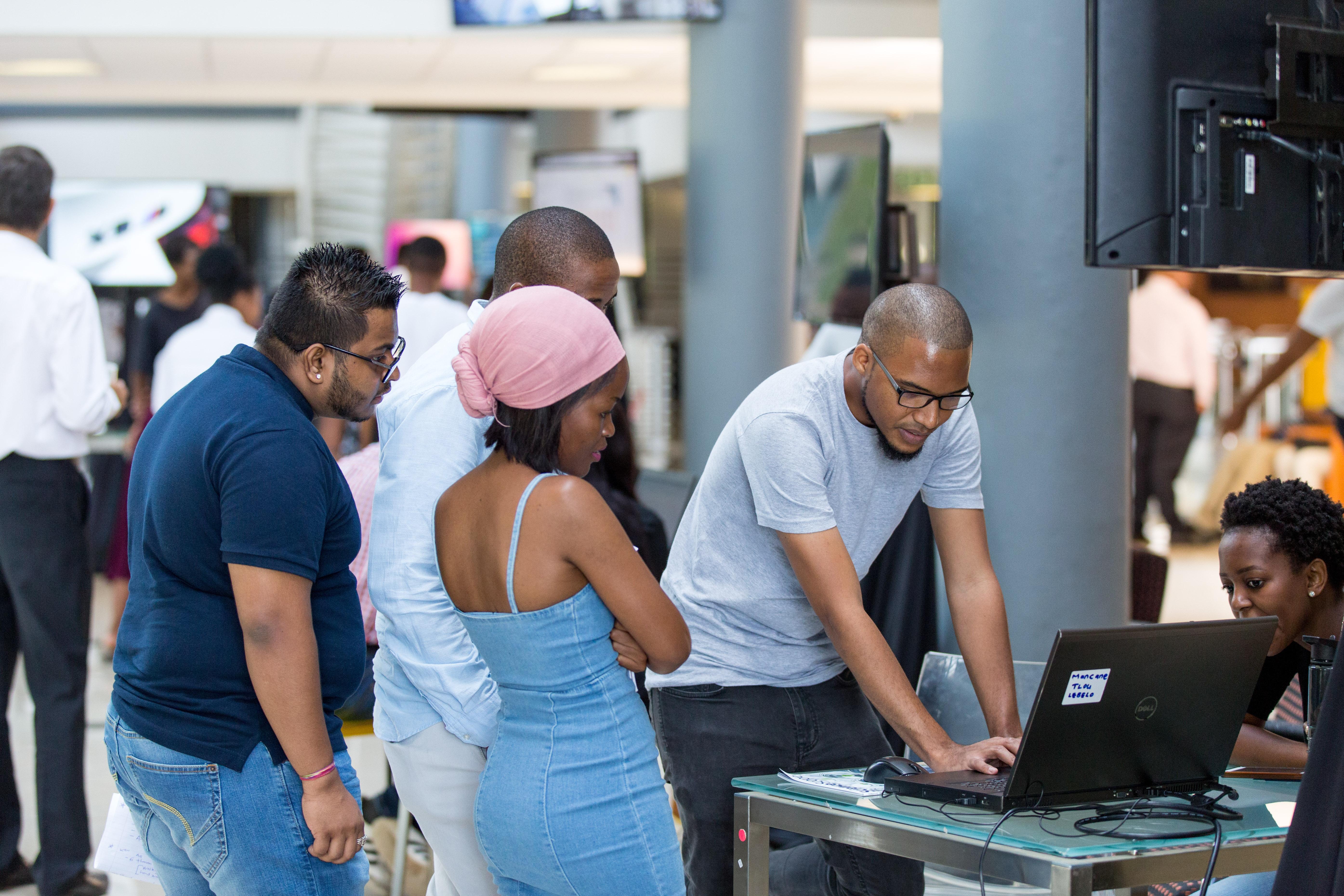 Issued by the Department of Science and Technology and CSIR