South Africa is among the driest countries in the world, with an average annual rainfall of approximately 490 mm, of which only approximately 10% end up in the country’s rivers.

The limitations on our water resources are well known and initiatives aimed at protecting water resources date back to the 1800s. These initiatives were strengthened after severe droughts in the 1920s and 1930s. In the 1960s a national commission identified more than 60 areas in the country which were characterised by their high water production.

A subset of these areas was once again highlighted by a study on the state of South Africa’s rivers which found that the country’s rivers were in a generally poor condition and that the headwater catchments were vital for maintaining their ecological condition. This message was reinforced by a different study published in the Journey of Water which found that just 8% of the land area produced 50% of the water in our rivers and highlighted 21 Strategic Water Source Areas. The water from these areas sustains most of larger towns and cities as well as most of the irrigated agriculture. The findings of this study were so striking that the importance of protecting these areas was included in the 2013 National Water Resources Strategy.

All of these studies examined surface water production and sources –in other words, the water in our rivers and streams, wetlands and springs. The CSIR has partnered with Delta-H Water Systems Modelling and the Water Research Commission to produce an updated assessment that includes  the original national surface water strategic water source areas, but also now take into consideration groundwater strategic water source areas. This project is being guided by inputs from a range of stakeholders, including water specialists from across the country.

It is important to include groundwater because it plays a vital role in sustaining the ecosystems which are critical for our survival. Soil water that is not used by vegetation typically percolates down to the water table and recharges groundwater. Most of this water continues to move through below the surface to emerge in springs or seep into wetlands and rivers. These groundwater outflows sustain rivers and streams during the dry season. Additionally, groundwater is the only reliable source of water for many towns and agricultural areas, especially in the arid west and centre of South Africa. 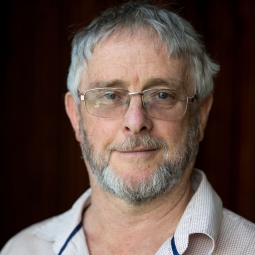 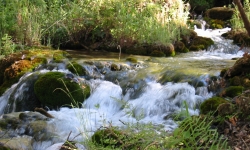