Water Source Areas (WSAs) have historically been defined using the criterion of the production of relatively large volumes of runoff which sustain lowland areas downstream. WSAs are places or areas such as water catchments, which produce disproportionately greater volumes of water per unit area than other areas. This can be due to climatic conditions such as high rainfall, or physical properties such as the ability of the soils and underlying weathered material and rocks to store water as groundwater. The water in wetlands, streams and rivers is known as surface water or runoff, and large volumes are typically generated in high rainfall areas over the period of a year. Water in saturated layers or zones below the land surface is known as groundwater. Discharges or outflows of groundwater sustain springs and river flows in the dry season (known as baseflow).

The National Freshwater Priority Areas (NFEPA) study applied this broad concept and identified sub-quaternary catchments with relatively high mean annual runoff as high water yield areas, as well as identifying high groundwater recharge areas. This work was then taken further in a study by WWF and CSIR which identified 21 Strategic WSAs for surface water (SWSA-sw) which covered 8% of South Africa and supplied 50% of the mean annual runoff. This dataset has now been archived and replaced by a new dataset produced by a Water Research Commission funded study which identified water source areas for both ground and surface water resources and involved extensive stakeholder inputs.

Strategic Water Source Areas (SWSAs) are now defined as areas of land that either: (a) supply a disproportionate (i.e. relatively large) quantity of mean annual surface water runoff in relation to their size and so are considered nationally important; or (b) have high groundwater recharge and where the groundwater forms a nationally important resource; or (c) areas that meet both criteria (a) and (b). They include transboundary Water Source Areas that extend into Lesotho and Swaziland. All surface water SWSAs are located in high rainfall areas where baseflow is at least 11 25 mm/a, which is evidence of a strong link between groundwater and surface water in the SWSAs. The aquifers sustain baseflow, contribute to runoff and, especially, contribute to dry season flows. Sustained river flows are important as they support people and communities who depend directly on rivers for their water, especially during the dry season and droughts.

Seven of these SWSAs are transboundary areas because Lesotho and Swaziland include portions of important SWSAs for South Africa. The portions of the SWSAs that fall within Lesotho (Eastern Cape, and the Southern, Northern and Maloti Drakensberg) cover 18 570 km2 and generate a MAR of about 3522 million m3. This MAR sustains the Orange and Caledon Rivers and supplies water to Gauteng via the Lesotho Highlands water supply system. In the case of Swaziland, the portions of the SWSAs falling in this country (Ekangala Drakensberg, Mbabane Hills, Upper Usutu) total 9376 km2 and produce a MAR of about 2053 million m3. In total, the SWSAs in these two countries produce about 11% of the total MAR, which is a substantial contribution that needs to be protected.

The newly defined groundwater SWSAs cover around 9% of the land surface of South Africa (see map). They account for up to 42% of the river baseflow generated by these water source areas and have a key role in sustaining surface water flows during the dry season. The total groundwater recharge (replenishment) for South Africa is estimated to be 34 912 million m3/a, and the recharge generated within surface water SWSAs is 11 675 million m3/a (33%) whereas the groundwater SWSAs generate 5397 million m3/a (15%). The relatively low value for groundwater SWSAs is due to the method used in their delineation, in which only the areas of overlap between high recharge and high levels of use or dependence were identified at national level.

Their protection and importance

Only 11% of these areas receive some form of formal protection. There is a need to look closely at the development plans in these areas to ensure we maintain and increase the benefits they provide. The study has also shown that the water produced by these areas supports at least 50% of the population, 64% of the economy, and supplies about 70% of the water used by irrigated agriculture. Gauteng gets about 65% of its water from these areas, and Cape Town and eThekwini about 98%. About 24% of the settlements reliant on groundwater are located within groundwater SWSAs, which is equivalent to 10% of all settlements in South Africa. These SWSAs supply about 46% of the groundwater used by agriculture and 47% of the groundwater used for industrial purposes in South Africa. 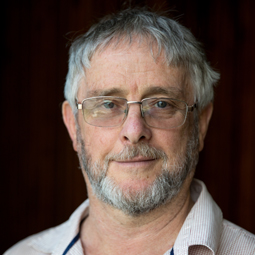 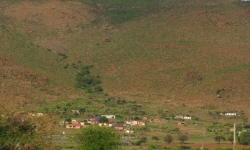 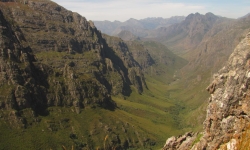 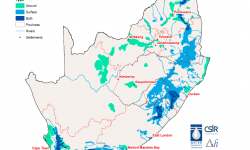 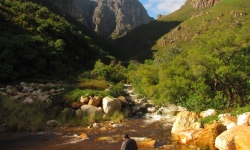 Identification and delineation of South Africa’s Strategic Water Source Areas (SWSAs), the 10% of the land that generates 50% of the water in rivers and key groundwater resources. This study extended previous research that focused on surface water by extending it to include groundwater, identifying those SWSAs which are of national strategic importance, linking them to socio-economic benefits and emphasizing the importance restoring them and protecting them from threats.