On Wednesday, 26 June 2019, a select group of young researchers briefed the media in Pretoria. The purpose of the briefing was to highlight the impact of, the opportunities available and future skills required by young people to thrive in the rise of the 4IR. CSIR researchers shared their research projects in areas such as machine learning, robotics and additive manufacturing.

Researchers at the Council for Scientific and Industrial Research (CSIR) are at the forefront of cutting-edge research related to fourth industrial revolution (4IR) technologies aimed at improving the quality of life of the country’s citizens.

On Wednesday, 26 June 2019, a select group of young researchers briefed the media in Pretoria. The purpose of the briefing was to highlight the impact of, the opportunities available and future skills required by young people to thrive in the rise of the 4IR. CSIR researchers shared their research projects in areas such as machine learning, robotics and additive manufacturing.

Speaking at the media briefing, the researchers urged the youth to use their technological knowledge and skills as an advantage to thrive in the digital revolution. They said young people should start thinking outside the box, and become more creative and innovative in order to seize the opportunities presented by the 4IR.

“Nobody understands technology better than us (young people) and that is an advantage. This is the right time for youngsters to show the world that we are ready to lead. Let's take the opportunity and make it work for us,” said CSIR researcher in computer vision, Windy Mokuwe (26).

Mokuwe’s research work focuses on machine learning. She said the 4IR would require complex autonomous actions from mobile machines. “Technologies that drive change in the machine learning industry include the Internet of Things, additive manufacturing and cloud computing”.

The CSIR is working on a number of projects and models for robotic operations. The Intelligent Workcell is one of the projects that uses state-of-the-art machine learning methods for object recognition and autonomous pick and place, using a robotic manipulator arm. The team is also developing the ability for a robot to learn to perform new action sequences that it gets through demonstration.

The CSIR has also developed the Autonomous 3D Navigation, a robot system that can move between indoor and outdoor environments and navigate autonomously in either, without assistance from GPS. The robot performs autonomous exploration and mapping of its environment and transmits the information wirelessly to a remote operator console.

CSIR Master’s student in robotics Nomfundiso Khuma (26) said robots should be viewed in the context of improving the quality of life.

“There are some areas in which it is dangerous for human beings to operate. It is thus imperative that robots are built, in order to ensure that some industries do not suffer as a result of restricted movements,” said Khuma.

She said that opportunities are enormous, and called for young people to position themselves. “Young people will be required to work in many areas and work as technicians, programmers, robot operators, among others, as well as build these robots.”

The CSIR also developed the Context-Aware Real-Time Action project, which brings object recognition to a mobile robot. It allows the robot to move autonomously within its environment and then take real-time actions when a pre-selected object is detected. Upon recognising an object of interest, the robot moves to autonomously capture images of the object from multiple angles, inspection-style.

CSIR senior researcher Dr Monnamme Tlotleng (34) spoke about the work he is doing in additive manufacturing.

Dr Tlotleng’s research interest is in laser materials processing with a specific focus on laser metals 3D printing, laser in situ alloy development and functional graded material structures. His current focus is in the development of titanium aluminide alloys and their material synthesis for industrial applications.

“The CSIR’s research in additive manufacturing seeks to create skills-based jobs in South Africa and aims at knowledge-based economy realised through the 4IR while contributing to the set millennium goals”, he said.

The CSIR is one of the leading scientific and technology research, development and implementation organisations in Africa. Constituted by an Act of Parliament in 1945 as a science council, the CSIR undertakes directed and multidisciplinary research, technological innovation, as well as industrial and scientific development to improve the quality of life of all South Africans. For more information, visit www.csir.co.za. 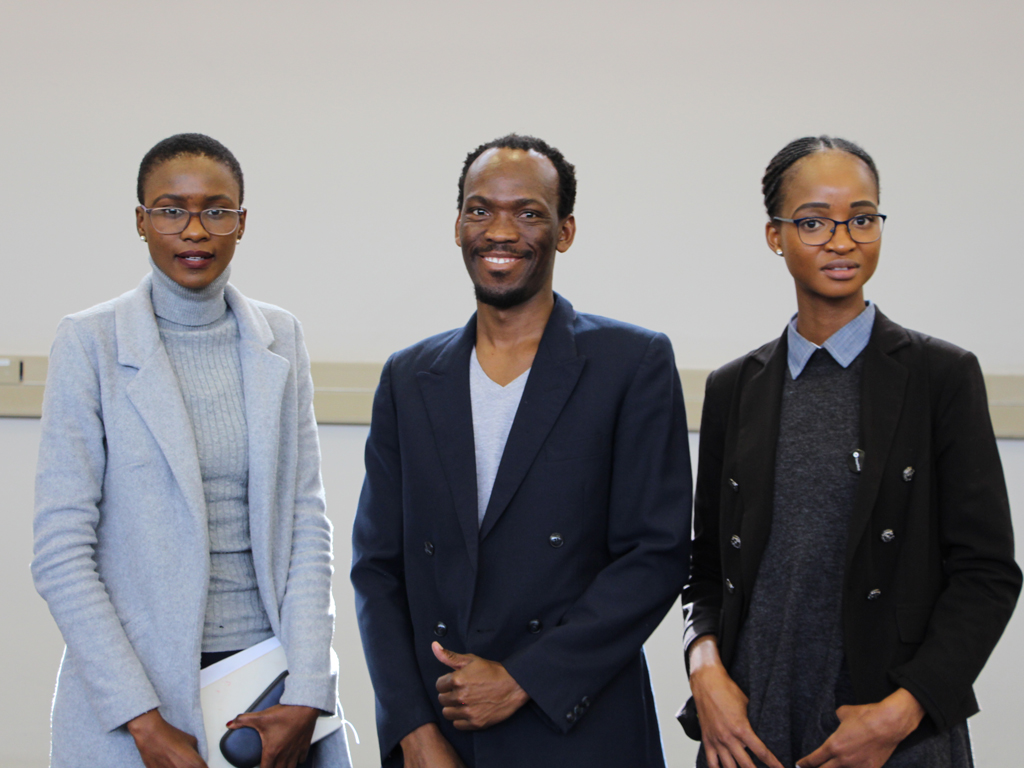