Beneficiation of fly ash from pulp and paper mills: Valorisation into heat-resistant geo-polymers

CSIR researchers are converting fly ash, a by-product of the South African pulp and paper industry, into heat-resistant geo-polymers that can be used in the protection of metal surfaces against high temperatures in furnaces or kilns.

Fly ash disposal presents major environmental and financial problems to the South African pulp and paper industry. This is due to the increasingly stringent environmental regulations and uncertainty over disposal costs and future availability of land for disposing this solid waste stream. Subsequently, the South African pulp and paper companies are under pressure to find alternative options for managing the fly ash generated by the power plants in their mills.

In current practices, most mills dispose fly ash via land fill. The National Waste Management Act (Act no 39 of 2004) classifies fly ash as hazardous waste and thus its disposal through land fill will soon be prohibited in South Africa. The quantity of fly ash generated, and its toxicity, as well as its physical, mineralogical and chemical properties are dependent on factors such as the type of fuel used (coal and/or biomass), the combustion conditions and the type of combustion technology used. This implies that there is no single solution for all fly ash produced.

The conversion of fly ash into valuable products such as heat resistant geo-polymers offers alternative options that could help the pulp and paper industry to reduce its environmental footprint and waste management costs. A typical example of heat- resistant materials is refractories used in protecting metal surfaces against high temperatures in furnaces or kilns.

An added advantage of replacing mined natural resources such as clay which is currently used in the manufacturing of refractories (geo-polymers) – with fly ash, is that the carbon dioxide emissions associated with this process can significantly be reduced.

In investigating the valorisation of fly ash into heat-resistant geo-polymers, CSIR researchers found that it can be used in a wide range of applications such as supplementary cementitious materials in production of Portland cement concrete, in non-cementitious applications such as the synthesis of zeolites and in geo-polymer applications. Thus, fly ash should not be viewed as waste, but rather as a valuable resource for the use in construction and building materials. 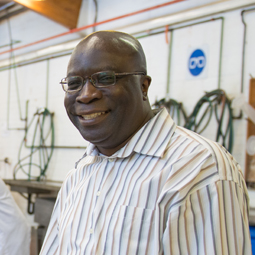 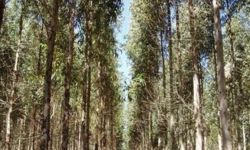 Fly ash
Fly ash is one of the naturally-occurring products from the coal combustion process and is a material that is nearly the same as volcanic ash. Volcanic ash concrete was used thousands of years ago to produce Roman concrete structures that exist and function today, such as the Pantheon, Colosseum and ancient aqueducts.